Pop Star Rita Ora Has Finally Spoken Out About Rapper A$ap Rocky's Hate Track, Insisting She Never Dated Him And She Never Will. 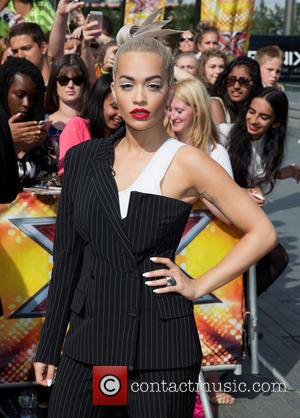 The Goldie hitmaker took aim at Ora in his sexually-explicit, controversial song Better Things, and he subsequently claimed he cheated on his girlfriend with Ora, saying, "I did things with her (Ora) that I wasn't supposed to do, she had a big mouth."

The singer has kept quiet on the subject since the story hit headlines in May (15), but she has now spoken out to the U.K.'s Glamour magazine, insisting she was never involved with the rapper.

When the interviewer tells the singer that Rocky's lyrics made him look bad, Ora replies, "I appreciate that... but it's not about me. It's about women. Disrespecting women. It's not cool. There's more to a person than who you're dating... don't disregard what I've done with my career because of someone that I was dating - if I was even dating that person. Which I wasn't. Let's be very clear on that. I was not. And nor will I ever. What I'm saying is: it's not cool that females always have that shadow on their back... and now I'm not talking about A$AP... I'm talking about everything I've experienced in my life."