Rita Ora has defended her track 'Boy on Me' with convicted domestic abuser Chris Brown and insisted she is not a traitor to women. 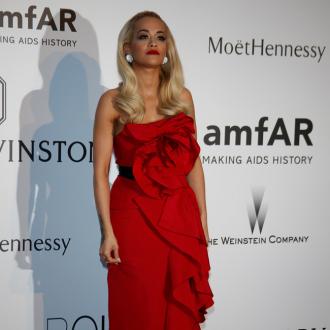 Rita Ora insists she is not a traitor to women for collaborating with Chris Brown.

The 'Poison' hitmaker has come under fire for teaming up with the 26-year-old star - who was convicted of assaulting then-girlfriend Rihanna in 2009 - on 'Boy on Me' but insists his background has nothing do with the track as she just wanted to work with someone whose vocals suited the song.

She said on Free Radio: ''I've been such a supporter of females for such a long time, you know, look at any of my interviews. I think the song speaks for itself.

''His voice really suited this record and I approached it with that in mind. I really just went into this collaboration with a clear mind of what vocally will sound the best, and what musically works. That, to me, made the most sense.''

The 24-year-old star previously spoke out about her reasons for working with the 'Loyal' hitmaker, saying he is ''important'' to her both ''personally and professionally''.

She said: ''(He's) strong, powerful and someone that is important to me personally and professionally. The discrimination and all what people think? If you have a great song then no one cares.''

However, critics of 'Body on Me' have slammed the star on social media and reminded her of the incident in 2009 when Chris attacked Rihanna following a pre-Grammy awards party in Los Angeles.