Rita Ora insists she doesn't mind being rejected and says being told no has only made her more determined to succeed. 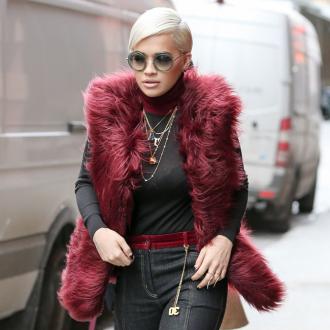 The 'I Will Never Let You Down' hitmaker claims being told no ''so many times'' has only made her more determined to succeed and confident.

The 24-year-old star said: ''I've been told 'no' so many times in my career. It doesn't mean it's over...I can remember every single 'no' I've been told in my life. They do not leave my brain. But they build you up.''

But the British singer was shocked when director Sam Taylor-Johnson gave her a ''blink and you'll miss it role'' in 'Fifty Shades of Grey'' because she has only ''done a bit of acting.''

''And I was like, 'What?, I've done a bit of acting, but honestly didn't expect to be put into that role. I thought, what have I got to lose?''

Rita insists she didn't get the role because of her high profile.

The 'R.I.P.' hitmaker said: ''I auditioned like everybody else - there were a lot of other people in the frame. I didn't get any special treatment. I perfected my American accent, one thing led to another, and I got it.''