Rita Ora and Cara Delevingne have fallen out after the 'RIP' hitmaker feared the supermodel was tarnishing her image. 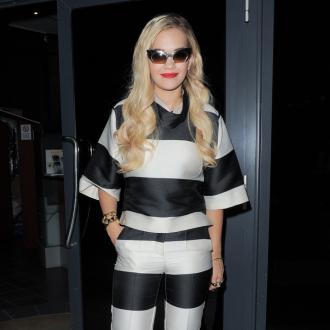 Rita Ora and Cara Delevingne have fallen out.

The 'RIP' hitmaker has been forced to dump her former best friend in fear of tarnishing her image after Cara embarrassed her at DKNY's fashion party last month by snatching the microphone from her hands and grinding her from behind.

A source told the Daily Mirror newspaper: ''There's a lot of hurt on both sides but Rita's been working towards her singing career and carefully crafting her image for four years and it was all in danger of being a joke after that shabby performance.

''Rita's been advised to distance herself from the model.''

The pair sparked rumours that their friendship had hit the rocks when Cara refused to support Rita at London's Wireless Festival at the weekend and chose to splash out on a £300,000 yacht with Rita's rival Rihanna in the French Riviera instead.

Rita - who is currently dating DJ Calvin Harris - even hinted that the supermodel wasn't a real friend.

Speaking in this month's GQ, she said: ''To me, I have my friends who I've known my whole life, and I can count them on one hand. They're people I went to school with. Everyone else I meet from that point on, if they happen to become a friend, that's incredible - come and join the family - but if not...''