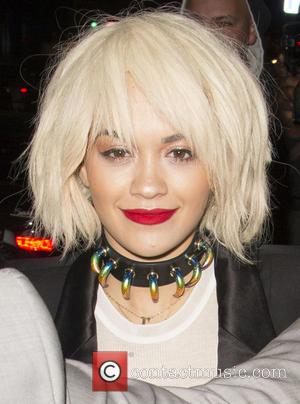 English pop-singer Rita Ora is the latest star to join the cast of the film adaption of 'Fifty Shades of Grey, seemingly bringing to an end months of casting problems.

The 23 year-old will play the role of 'Mia Grey', the adopted sister of the billionaire lead character Christian Grey, according to The Hollywood Reporter.

The 'How We Do' singer confirmed the news on twitter, she posted, "It's official! I've been cast in @FiftyShades of Grey as Christian's sister Mia. #FiftyShades."

This role will be Rita's most important part to date, she has previously appeared in Universal's hugely successful 'Fast & Furious 6' as a London street racer. Prior to that she starred in the 2004 British film 'Spivs', playing a character called 'Rosanna'.

Universal and Focus Films have already had to delay production, mainly due to Charlie Hunnam dropping out of the lead role, but the novel's author, EL James, confirms the cameras are rolling as she posted a photo on her Instagram that indicated the first few scenes were been filmed, the caption read "Action!"

The release of the film has also been delayed and the new date is now February 13th 2015, Valentine's Day weekend.