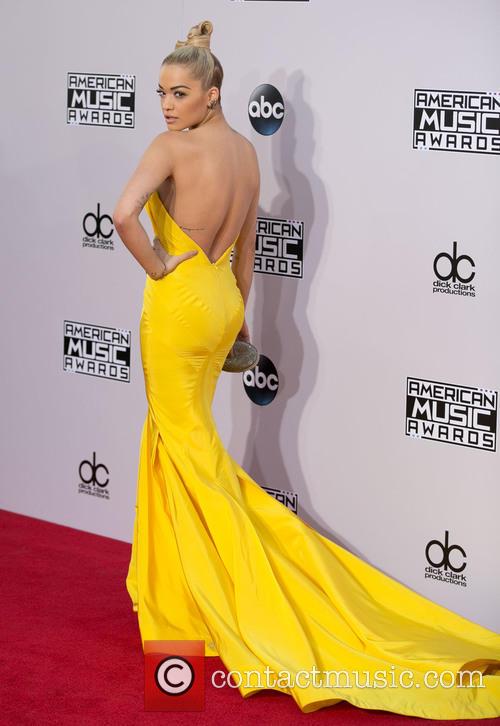 Watch the full red carpet interview with Rita Ora at the AMAs:

More: Can you spot Rita Ora in the new 'Fifty Shades Of Grey' trailer?

'I don't think I'm going to realise the anticipation of it until it comes out', she says. 'People talk to me about it and I'm like, 'Oh yeah, it's so great!' and they're like, 'No, you don't understand. When people watch this, it's going to be a big thing'. I guess when I go and watch it at the movies I'll realise.' Ora stars as the leading male Christian Grey's sister Mia Grey in the kinky drama, which is based on the best-selling book series by E.L. James.

Among Ora's other recent project involvements is Bob Geldof's Band Aid 30 edition of 'Do They Know It's Christmas?', in which she appears alongside the likes of Sinead O'Connor, One Direction and Ed Sheeran.

More: Rita Ora features in Band Aid 30's 'Do They Know It's Christmas?'