Rita Ora has insisted she ''never'' tells people how she feels except her therapist and her close friends and family. 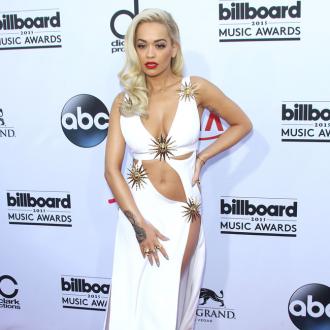 The 'I Will Never Let You Down' hitmaker has admitted she chooses to stay guarded in the public eye and prefers to, instead, offload to her therapist.

When asked if her track 'Poison' is about being backstabbed in a relationship, she said: ''Yeah. But I'm not going to blurt it out. I have my own therapist that I talk to.

''I've stopped pretending that I'm this constantly happy person. I never tell people how I feel, my friends literally have to force it out of me. So 'Poison' is about having that mentality and it really poisoning you.''

The 24-year-old star also insisted she has learnt to distinguish between her celebrity pals and those who she's grown up with.

Speaking about her close friends and family, which includes stylist Kyle De'volle and older sister Elena, she said: ''They are the people I confide in.''

Referring to the BBC Radio 1 DJ, she added to ES magazine: ''He's one of the few that you can call in the middle of the night.

''[Otherwise] I just try to keep myself to myself.''