Rita Ora had suggested that only Louisa Johnson and Leona Lewis had made any "impression" on the charts from the 'x factor' stable.

Though some have speculated that he was severely disheartened by Rita Ora’s apparent ‘snub’ during ‘The X Factor’ final at the weekend, Olly Murs has insisted that he wasn’t annoyed by the judge’s implication that he hadn’t made an “impression” on the charts.

After Louisa Johnson had scooped the grand prize on Sunday night’s live final (December 13th), Ora had proclaimed that only she and 2006 winner Leona Lewis had made any impact on the charts. While the audience applauded the obviously untrue statement (erm, One Direction?), 2009 runner-up Murs was said to have looked upset at the backhanded insult. 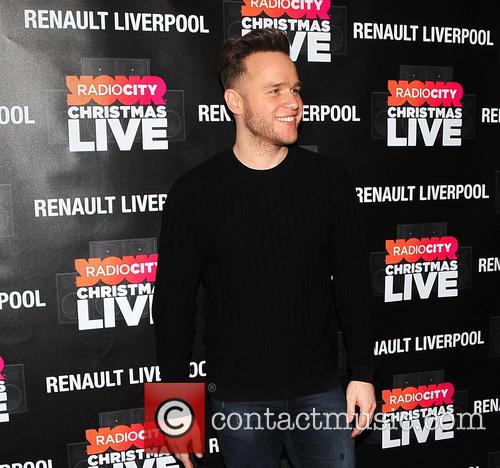 However, speaking to the Daily Mirror’s 3am on Wednesday night (December 16th) the 31 year old brushed off any suggestion that he felt personally slighted. “Bless Rita, she texted me saying ‘I'm sorry if I offended you’,” he said.

More: Rylan Clark denies claims that he and Emma Willis are to become the new ‘X Factor’ presenters

“I said ‘Rita, are you serious? As If I'd get offended. I know what you were trying to say.’ She was so apologetic but I was like ‘Rita, I'm not even annoyed.’”

“We all knew what Rita was saying. We were drinking in the corridors, having a laugh on Sunday. Then the next day, she was texting me saying ‘Are you OK?’”

There’s been suggestions since the twelfth series wrapped that Murs and his co-host Caroline Flack might be replaced despite only joining the show this year. ‘Big Brother’ presenters Rylan Clark (himself a former ‘X Factor’ alumnus) and Emma Willis have been mooted as possible successors, though Clark himself dismissed the move earlier this week.

These rumours were triggered by Olly’s significant gaffe earlier in the series, where he accidentally revealed that Monica Michael had been eliminated before the official results were announced.

More: Olly Murs and Caroline Flack share a kiss at the Cosmopolitan Awards