Despite being only twenty-one years of age, Rita Ora has experienced more than many would probably see in an entire lifetime, born in 1990 in the Kosovan capital of Pristina at the height of the Yugoslavian civil war. It wasn't long after that her parents fled their native country for the relatively peaceful confines of London, taking Rita and her elder sister with them. Having enrolled in the Sylvia Young Theatre School at the age of thirteen, it wasn't long before her first film role as Rosanna in Colin Teague's 2004 comedy drama 'Spivs'. However, acting soon became superseded by music as her first love, culminating in Ora contributing vocals to Craig David's 'Awkward' and Tinchy Stryder's 'Where's Your Love'. We haven't even got on to the European Song Contest auditions, appearances in Jay-Z and Drake videos or performance in a television commercial for Aviator headphones. And all of this before releasing her first single. 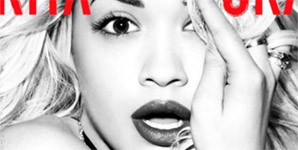 Of course, when that moment did occur on the DJ Fresh assisted 'Hot Right Now', it was difficult to see where Ms Ora could fail. Sassy, elegant, fresh and invigorating, given the right choice of producer coupled with an army of capable songwriters, there was every chance the UK could finally have found a pop star to rival the Beyonces and Rihannas of this world. Which is just as well because 'Ora' is clearly in awe of Miss Fenty in so many ways. Certainly from a style perspective, the similarities are endless, although whisper it in US R'n'B circles, but Ora's vocal actually comes across as being more proficient at times. Or maybe that is just the combination of studio wizards garnered to ensure her first long player represents an accomplished body of work after all.

Ora and her label has certainly managed to assemble an impressive list of collaborators and conspirators here, ranging from acclaimed Norwegian songwriting team Stargate - most notable for their work with the aforementioned Beyonce and Rihanna - through to Chase & Status and Philadelphia based DJ-cum-producer Diplo. On top of that, hip hop production duo The Runners, occasional Adele collaborator Fraser T Smith and esteemed multi-instrumentalist, writer and producer Greg Kurstin also bring a selection of their wares to the party. Add vocal contributions from Tinie Tempah, J. Cole and Will.I.Am of the Black Eyed Peas and it's evident Ora and co. have set their stall out here with considerable intent.

While the big singles 'Hot Right Now' and 'R.I.P.' automatically assume centre stage (and rightly so!) familiarity emblazoned with a degree of quality sadly lacking in much of today's disposable pop output, there's an unmistakeable air of nous and intelligence running through 'Ora''s insatiable core. Whether it's the Minaj baiting pizzazz of 'Roc The Life' or Katy Perry-esque sassiness of 'How We Do It (Party)', Ora sounds believably confident enough to be taken seriously, even when reeling off schmaltzy lines about "Falling, falling, falling in love" (the Will.I.Am contribution 'Fall In Love').

Elsewhere, 'Uneasy' makes a play for Q-Tee's underground hip hop queen status while the dubstep makeover ecl Rita Ora - Ora Album Reviewipsing 'Love And War' and effluent beat-laced 'Hello, Hi, Goodbye' suggest Ora's long term future may lay in the dark basements of clubland after all. Although by no means perfect - sickly ballad 'Been Lying' and R'n'B lite by numbers 'Radioactive' and 'Shine Ya Light' being the most obvious pieces of filler here - 'Ora' is still a worthy introduction to the world of arguably the UK's most credible and slightly left of centre pop star in years.