Movie Veteran Rita Moreno Has Become The Latest Latin Star To Take Aim At Donald Trump For Ill-advised Comments He Made About Mexicans In America During His Presidential Election Campaign Launch In June (15). 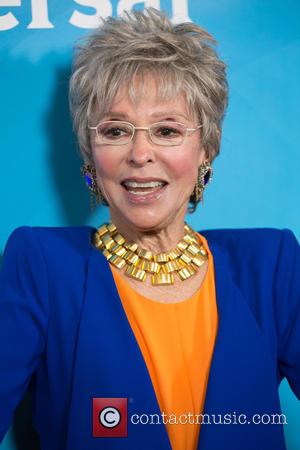 The West Side Story star, who will be among those saluted at the Kennedy Center Honors ceremony later this year (15), was appalled when she heard Trump suggest many Mexican immigrants were "rapists" who brought drugs and crime into the U.S., and now the actress/singer, who was born in Humacao, Puerto Rico, has joined Ricky Martin, Eva Longoria, Becky G and others to blast the property tycoon.

Moreno tells WENN, "This man is a walking circus and I think he's a walking shame as well. There's no way to describe someone like him. He's like a child. He's a brat.

"He's a vulgar, vulgar man. He's in a very, very common way. While I understand he is ahead in the polls right now, and he will be for a while, he doesn't represent all of the United States."

And the actress admits she'll be voting for Democrat Bernie Sanders, who is slightly ahead of Hillary Clinton to win the vote as the frontrunner for his party.

She adds, "Bernie is my guy. It was Hillary but I just love him. I don't know if he'll really get to that point, but I'm gonna do my best to support the person I think is the very best person for the job."

Republicans and Democrats will choose who will lead them in the next U.S. presidential election next year (16). The winner will replace Barack Obama and become the 45th U.S. leader.