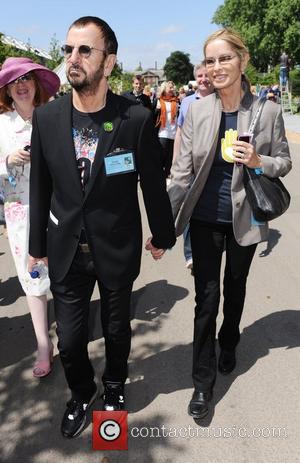 Ringo Starr's former fiancee has finally forgiven the Beatle for ending their engagement and romancing Bond girl Barbara Bach - his wife of 30 years.
Photographer Nancy Lee Andrews, who dated the drummer throughout the 1970s, admits she was "pretty angry" when she discovered Starr was going to wed the former Bond girl - but she was convinced the marriage wouldn't last.
She says, "I'm really glad that he found someone to go this huge distance with him."
In new documentary Beatles Stories, Andrews recalls the magical moment when Starr proposed to her in a posh Rodeo Drive jewellery store.
She chuckles, "He comes over and he says, 'Look at this...' There was a black tray and there was, like, five rings in it. He said, 'Which one do you like?' and I said, 'The one that looks like the Chrysler Building.'
"He said, 'Here, let me see it on you... and he puts the ring on my finger... and all of a sudden he's on his knees... and he goes, 'Darling, I'm asking you to marry me.'
"Behind him I saw the whole shop kind of stopped (sic)... I said, 'Yes.' Everyone, there's like 15 people in the store, cheers and he kisses me.
"He's so romantic and he would always get me."