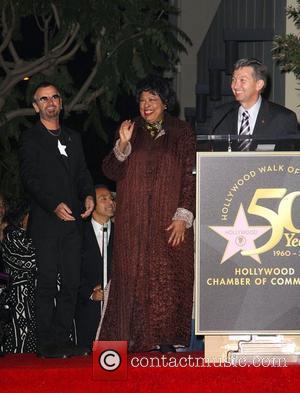 Ringo Starr has rejected forgiveness from Catholic Church officials who once called him a Satanist.
Pope Benedict XVI sanctioned an article in the Vatican's L'Osservatore Romano newspaper earlier this week (beg12Apr10), in which the Beatles were praised for their "beautiful" music and were absolved for their rock star decadence and experiments with drugs.
The front-page editorial also addressed John Lennon's controversial comments about the Beatles being "bigger than Jesus" at the height of their success.
The newspaper's editors wrote, "The Beatles said they were bigger than Jesus and put out mysterious messages, that were possibly even Satanic... (but) what would pop music be like without the Beatles?"
But Starr is far from impressed with the paper's unwanted forgiveness - the drummer says, "Didn't the Vatican say we were Satanic or possibly Satanic? And they've still forgiven us?
"I think the Vatican, they've got more to talk about than the Beatles."