Ringo Starr has confirmed a reunion with Sir Paul McCartney for tribute show, 'The Night That Changed America: A Grammys Salute to The Beatles'. 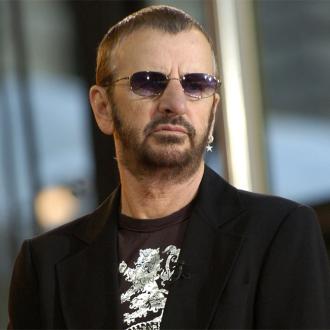 Ringo Starr is reuniting with Sir Paul McCartney to mark 50 years since the Beatles arrived in America.

The pair will join forces for a TV tribute to their appearance on 'The Ed Sullivan Show', which is linked with this year's Grammy Awards, although they have not confirmed they will perform at the ceremony.

Speaking in Los Angeles yesterday (20.01.14), Ringo told Access Hollywood: ''To celebrate the 50 years since we landed in New York in February [1964], they are putting on a big show on Monday and we will be doing it there.''

The last two surviving Beatles will work together on a one-off show which will be filmed on January 27, the day after the Grammy Awards, at the Ed Sullivan Theater.

'The Night That Changed America: A Grammys Salute to The Beatles', will pay tribute to their legacy with performances from the likes of John Mayer and The Eurythmics.

There is also speculation that the pair will perform alongside Beyonce, Daft Punk and Lorde at the ceremony and the rumours are yet to be denied.

If the pair, who are set to attend the awards, are performing at the Grammys, it is likely to be a surprise performance.

Both artists are up for gongs, with Paul nominated for the track 'Cut Me Some Slack' - a collaboration with Dave Grohl and Krist Novoselic - in the Best Rock Song category, and his 'Live Kisses' DVD up for Best Music Film. Ringo will be honoured with the 2014 Recording Academy Lifetime Achievement Award.

The 56th annual Grammy Awards 2014 will be broadcast live from on the CBS network in the US from the Staples Center in Los Angeles.