He's the latest to rally against the law that supposedly discriminates against the LGBT community.

Ringo Starr joins those in protest of the newly enacted 'bathroom bill' in North Carolina by cancelling his upcoming show in the state. He is among a group of celebrities rallying against the new law, that many have argued discriminate against the transgender community. 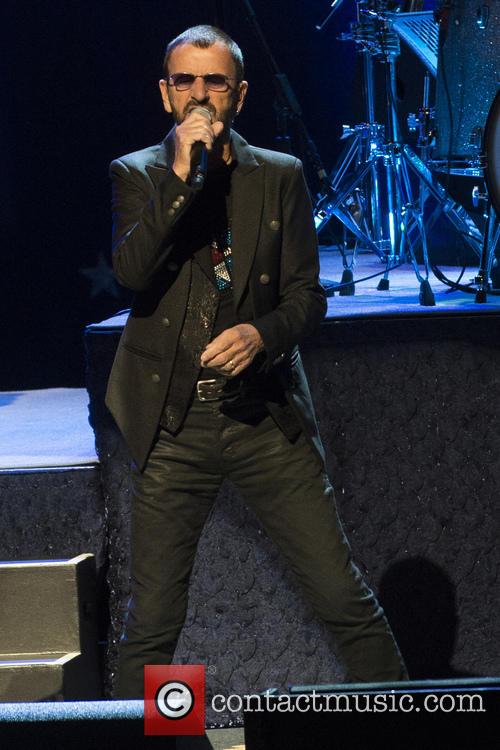 The former Beatle has cancelled the North Carolina leg of his All Starr Tour, which was to take place in Cary this June, in response to Governor Pat McCrory's recent signing of the House Bill 2 - also known as the Public Facilities Privacy and Security Act or the 'bathroom bill'. The new law states that people must only use restrooms or locker rooms labelled for the gender that's specified on their birth certificate, seemingly regardless of gender transition.

Starr has said in a statement that he's 'fighting against the bigotry of HB2' with his decision to pull out of his North Carolina show. 'I'm sorry to disappoint my fans in the area, but we need to take a stand against this hatred. Spread peace and love', he said. 'How sad that they feel that this group of people cannot be defended.'

Meanwhile, Cyndi Lauper is using her upcoming concert to increase awareness over the discriminatory issue and raise money for efforts fighting to overturn the law. 'I will be donating all of the profits from the show to Equality North Carolina's efforts to repeal HB2 and I am proud of my manager and agent for joining me in this effort by donating their commissions from the show to this vital effort', she told ABC News. 'I look forward to coming to North Carolina and standing up for equality and fairness. If we truly want an inclusive society, we all have to include ourselves in the effort to make that happen. This is the best way I know how to include myself and urge you to join me in the best way you know how.'

The news immediately follows reports that Bruce Springsteen also pulled out of a show in North Carolina, and it seems the rising up of celebrities against the bill has attracted the attention of Pat McCrory.

'After listening to people's feedback for the past several weeks on this issue, I have come to the conclusion that there is a great deal of misinformation, misinterpretation, confusion, a lot of passion and frankly, selective outrage and hypocrisy, especially against the great state of North Carolina', he said in a statement. 'Based upon this feedback, I am taking action to affirm and improve the state's commitment to privacy and equality.'

Ringo Starr Auctioning Off Over 800 Pieces Of Beatles Memorabilia