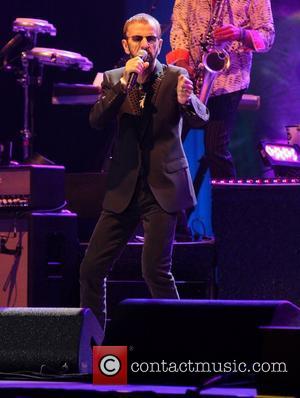 Ringo Starr has followed his Beatles bandmate Sir Paul McCartney in offering a tribute to their former collaborator Tony Sheridan following his death at the weekend (16-17Feb13).

The musician, who sang on some of the Fab Four's earliest recordings, passed away on Saturday (16Feb13) in Hamburg, Germany, aged 72, and his death prompted MCCartney to issue a statement in memory of his old friend.

The veteran rocker called Sheridan "a good guy" and revealed "he will be missed", while his Beatles bandmate Starr has now spoken out to express his sadness following the loss.

The drummer insists he has fond memories of working with Sheridan, writing in a post on Twitter.com, "Just say goodbye to Tony Sheridan just he died (sic). I had a great month 1960/61 (sic) playing with him was great."

Sheridan met the group in the early 1960s in Germany and The Beatles served as his back-up band on the Hamburg club scene, while they also recorded tracks together including My Bonnie and The Saints.