He announces a brand new album for September on his 77th birthday.

It's Ringo Starr's birthday this week and to celebrate he has a present for all of us. It's a new solo album entitled 'Give More Love' and it's coming this Fall, with a number of different musical legends having worked on it in the studio. 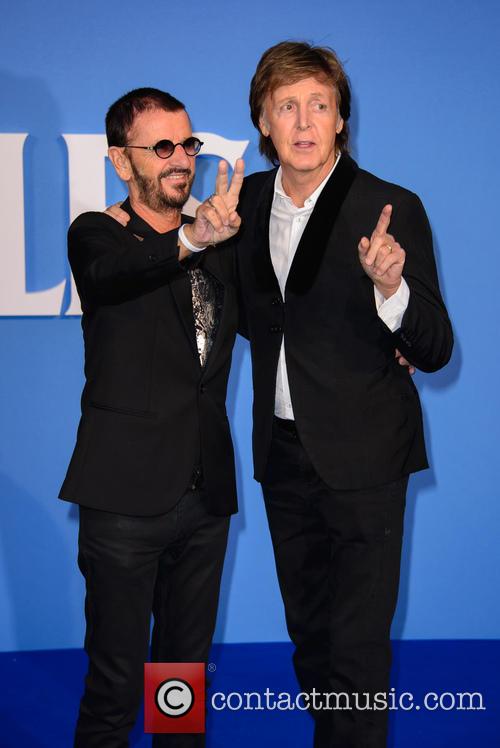 The former Beatle turned 77 today (July 7th 2017) and with it comes his brand new 19th album 'Give More Love'. It comes two years after his 'Postcards from Paradise' release which featured the song 'Island in the Sun', written by his All-Starr band.

This time, he's been working alongside his Beatles bandmate Paul McCartney, Joe Walsh and Timothy B. Schmit of the Eagles, his brother-in-law Peter Goldbach, Edgar Winter, Steve Lukather of Toto, Peter Frampton, Richard Marx, Glen Ballard, Dave Stewart of Eurythmics and Don Was. Some of the tracks included on the album are 'We're On the Road Again', 'Show Me the Way', 'Laughable', 'Speed of Sound' and 'Electricity'.

To celebrate his 77th birthday, fans around the world have been partying in his honour at the likes of Abbey Road Studios and Los Angeles' Capitol Records. They'll certainly be looking forward to his Fall release, which is also expected to include four bonus tracks including the original recording of his 1981 song 'Back Off Boogaloo'.

Ringo Starr will be joined by his All-Starr Band for a US tour later this year, including an eight night resident at Planet Hollywood Resort & Casino in Las Vegas from October 13th to 28th. He'll also appear in Austin, Ft. Lauderdale, Atlanta and New York among other cities, wrapping up at the New Jersey Performing Arts Center in Newark on November 16th.

Ringo has had quite the solo career since the momentous break-up of the Beatles in 1970. Two years ago, he was inducted into the Rock and Roll Hall of Fame for his solo efforts - a rare feat for an artist who has already been inducted as a band member.