Recordings by The Beatles drummer Ringo Starr's first ever band - Rory Storm and the Hurricanes - have been found after more than 50 years. 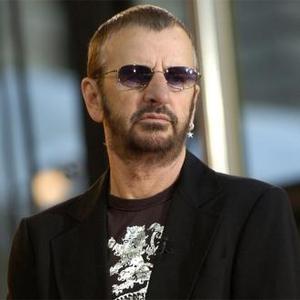 Recordings by Ringo Starr's first ever band have been found after more than 50 years.

The Beatles drummer started out in Rory Storm and the Hurricanes - one of the top bands of the Liverpool scene of their era - and recordings made in 1960 featuring Ringo have been unearthed.

The tapes were found in a the basement of a house belonging to Iris Caldwell, Rory's sister, and will now be collected into the bands first, and only album.

Ringo had joined the band in 1959 aged 18 but left to join the Beatles in 1962, recruited by their manager, Brian Epstein.

Rory Storm and the Hurricanes continued, releasing a handful of singles, including one produced by Brian in 1964, but they never made it big.

Speaking of the newfound recordings, Spencer Leigh, author and the host of the BBC's 'Radio Merseyside' show, said: ''Even though the playing is very rough and ready, they have tremendous presence and were probably considerably better than the Beatles were in March 1960.''

The tapes were recorded at the Jive Hive club in Crosby, north of Liverpool, and at Rory's house, known as Stormsville.

Iris said: ''I suppose these tapes have been in an old sealed box ever since [they were recorded].''

Speaking of her brother - who was born Alan Caldwell - she added: ''Rory was a performer. He wasn't, like The Beatles, a brilliant songwriter. They called him The Golden Boy and Mr Showbusiness.

''Rory was so far ahead of his time. He was doing glam rock then.''