Riley Keough has gotten a tattoo tribute to her late brother, Benjamin Keough, who died earlier this month from a self-inflicted gunshot wound.

Riley Keough has gotten a tattoo tribute to her late brother.

Benjamin Keough, 27, died earlier this month from a self-inflicted gunshot wound and his older sister Riley, 31, recently got a new inking, the name 'Benjamin Storm' on her collarbone.

Riley shared a picture of her tattoo on Instagram Stories and also posted a snap of Benjamin's inking of her name, on his own collarbone.

And the 'Daisy Jones and the Six' star shared some video footage of herself and Benjamin in happier times.

The tattoo comes after Riley previously shared a slideshow of images of the pair - who are both the children of Lisa Marie Presley and Danny Keough - on Instagram, and said she ''can't believe'' her sibling is gone.

She wrote alongside the pictures: ''Mornings are the hardest. I forget you're gone. I can't cry because of the fear that I will never stop. A pain that's new to me.

Riley's post came after Benjamin's passing was officially ruled a suicide, with the Los Angeles County Department of Medical Examiner-Coroner confirming he died from a self-inflicted ''intraoral shotgun wound''.

Following Benjamin's death, a spokesperson for Lisa Marie - who has 11-year-old twins Finley and Harper with her fourth husband Michael Lockwood - said: ''She is completely heartbroken, inconsolable and beyond devastated but trying to stay strong for her 11 year old twins and her oldest daughter Riley. She adored that boy. He was the love of her life.'' 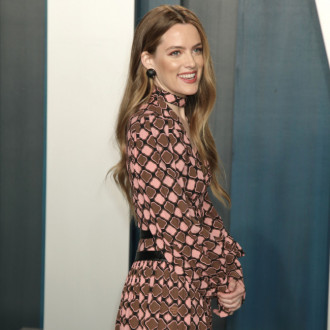