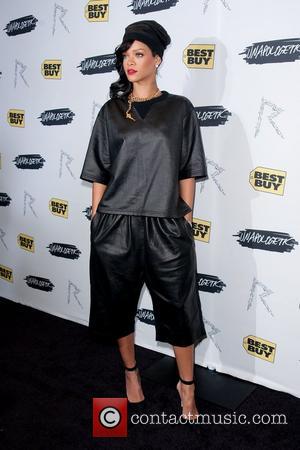 Rihanna’s ostentatious 777 tour has been making the headlines all week and quite frankly, Rhi-Rhi hasn’t come out of it looking good, at all.

The concert reviews may have been glowing but the journalists who had been invited on the special 777 plane, jet-setting across the world with the Barbadian star as she attempts to perform 7 shows in 7 cities, in 7 different countries, across 7 days, probably wasn’t quite what they were expecting.

Rihanna’s press office must have been sent into panic mode, because the star had to explain to the bored scribes why she hadn’t been partying with them on the plane, making the 777 tour the stuff of pop legend. “I had to preserve my health. Normally, I'd be back here popping bottles with y'all,” she said, according to US magazine. “I had to preserve my voice. I was worried about my body more than partying on the plane, so I had to just sleep whenever I could. I hope you guys had as much fun as I did.” She was clearly aware of just how much fun had been had on that plane, because she asked to “see the naked Australian!” in reference to the Aussie shock jock who decided to liven things up a bit by streaking through the plane, completely naked.

The ambitious tour may have turned out to be a bit of a damp squib for the journos expecting scandal and outrage but Rihanna insisted that she’d have fun and would do it again. It’s just a good job she’d never decided to name the tour after the album, as Unapologetic is exactly what she wasn’t, by the end. “I know you guys barely got any dirt,” she apologized to the gathering of desperate hacks, still clutching their empty notebooks at the end of the ride. “It's impossible to spend time with everybody, and I'm sorry I didn't.” Not quite the rock and roll fable we were all hoping for then.

The highlight of the 777 plane ride: an Australian streaker...