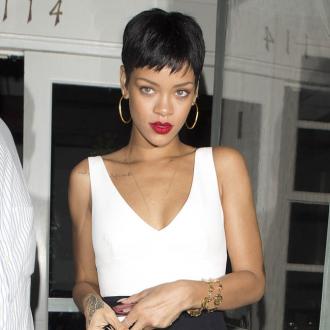 The 24-year-old 'Diamonds' singer is said have told friends she wants to marry the newly single R&B singer who she recently reunited with after splitting shortly before he was convicted of assaulting her in 2009.

A source close to the popstar told Star magazine: ''No one close to them would be a bit shocked if they suddenly eloped.

''Rihanna has told her close friends point blank -- I would marry Chris.

''She even says she would have never left him if the media scrutiny didn't get so bad. They're passionate, and when they're drunk, they've both made many comments about getting married.''

News that the on/off couple could be set to exchange vows follows reports that Chris has given his ex-girlfriend Karrueche Tran a generous payout following their split last week.

The 23-year-old 'Yeah 3x' hitmaker broke up with Karrueche over his friendship with Rihanna and to avoid any bad feelings, he offered the model money so she can buy herself a house.

A source said: ''Neither Rihanna nor Chris want to make things harder for her than they already are.

''Chris wants to set her up financially and do right by her - he wants her to stay in his life if possible.''