Rihanna wants Chris Brown to ''thrive'' now he is out of jail, but is keeping ''major distance'' between them. 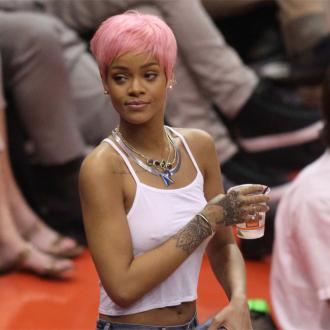 Rihanna wants Chris Brown to ''thrive'' now he is out of jail.

The 'Umbrella' singer is pleased her former boyfriend has been released from jail after serving 108 days for violating his probation, but is said to be keeping ''major distance'' between them.

A source told Hollywoodlife.com: ''As far as his being out of jail, I mean, congratulations I guess. She certainly wants him to thrive and have a good life. She wishes him well but from a major distance.''

Rihanna dated Chris from 2008 until he assaulted her in 2009, and although they reconciled a few times later, they finally split in 2012.

Rihanna's friend made a point of saying their relationship is very much behind her now.

The insider added: ''They're not together and that chapter of her life has been long and gone. She don't hate the boy - yeah, he's a boy - but she doesn't hate him.''

Chris was sent back to jail after being thrown out of court-ordered rehab in March but is said to be determined to stay on the right track now and he wants to be a better person.

He has also promised his record label bosses he will do his best to stay sober and take only the medication which has been prescribed for his recently-diagnosed bipolar disorder.