Rihanna wants to find a boyfriend and believes single life is 'so overrated'. 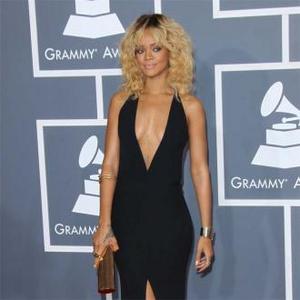 The 24-year-old 'We Found Love' star - who split with singer Chris Brown in 2009 after he assaulted her - admits she hates being on her own.

She said: ''I am a single lady. This is not something I enjoy. Single life is so overrated.

''You always want to be single when you are in a relationship but trust me it is no bueno (good).

''I have such incredible experiences in my life, but you don't want to live your life and then meet someone, you want to share your life with someone. I feel like that is what I am missing right now.''

Acknowledging that men are intimidated by her fame, she added: ''Yeah but in that case they are probably not the right one because I can't do that.

Meanwhile she admits her main reason for performing at the Brit Awards last month was to see her idol Adele.

In an interview for Saturday night's (03.03.12) 'Jonathan Ross Show', Rihanna said: ''Really I came to the Brits to stalk Adele. It was nothing about the awards or the performance, for me it was just to see Adele again.

''She doesn't know the depth of my affection, just the surface. She has no idea.

''It's hard to say a (favourite) track. The last album 21 just spoke to me so much. To the point where I had to stop listening to it because it was depressing me so much.

''You become so attached to the stories, it's really something you identify with.''