Rihanna thinks Vince Vaughn is the sexiest man alive and Penélope Cruz is the hottest woman. 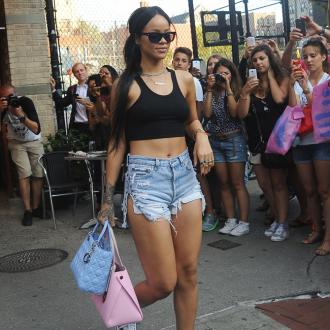 The 26-year-old singer - who is rumoured to have reunited with former boyfriend Drake - thinks the 'Wedding Crashers' actor is ''fantastic'' and the most attractive person she has ever seen.

Asked who she thinks the sexiest man alive is, she said: ''Vince Vaughn. He's amazing. Fantastic.''

Meanwhile, the 'We Found Love' hitmaker has topped numerous sexiest woman polls, but she thinks the honour should go to Penélope Cruz or Uma Thurman when she was in 'Pulp Fiction'.

Discussing who should be named sexiest woman, she told America's Elle magazine: ''Penélope Cruz is the s**t. If I could wake up and look like her tomorrow, that would be great.

Rihanna tries to live her life by something Leonardo Dicaprio once said, to ''avoid obviousness'', and she thinks that makes her more creative.

Asked if she has a motto which she lives her life by, she explained: '''Avoid obviousness'. That is a quote by Leonardo DiCaprio. That's what makes you create something, that's the excitement, that's the thrill.