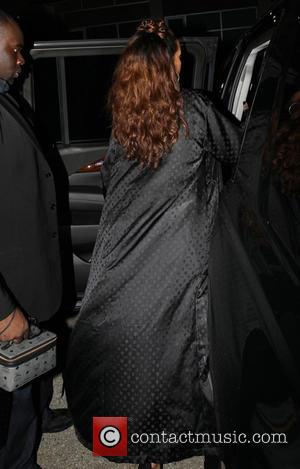 The Umbrella singer is on the verge of releasing her eighth record, Anti, but reports suggest the project has been delayed because the singer is not yet happy with the songs.

It has now emerged that she turned down the chance to record a track called Alive, which Adele penned during writing sessions with Australian star Sia.

Alive was offered to Rihanna after Adele decided not to use it, but she turned it down and it now features on Sia's upcoming record This Is Acting.

"We wrote three songs in two days and none of them made the cut and this was one of them," Sia tells U.S. radio host Ryan Seacrest. "I said to (Adele), 'Do you mind if I pitch it to, say, Rihanna?' And she said, 'Yeah, but can you take my vocal off it because I don't want my vocal floating around out there on a demo'.

"So I went and re-cut the vocal and everybody in my life was like, 'You can't give this away to anybody'... I believe she (Rihanna) did (consider the song) and she passed.

"We sent it to her, but it's not really her so I don't know why I thought that. It is a smash, but she's a little more edgy."

The news comes after Adele recently professed her admiration for Rihanna, and insisted she wants to 'adopt' her as a friend.

"Maybe Rihanna can be in my (friend) squad!" Adele told Rolling Stone magazine. "That would be really cool. Oh, God. She's life itself, isn't she? I love her."

This Is Acting, which is due for release in January (16), features a number of rejected songs which Sia wrote for other artists, including Beyonce, Katy Perry, Demi Lovato and Shakira.