Rihanna to be given Fashion Icon Award

Rihanna is to be given the Fashion Icon Award by the Council of Fashion Designers of America (CFDA). 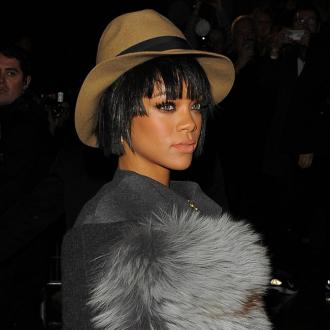 Rihanna is to be given the Fashion Icon Award by the Council of Fashion Designers of America (CFDA).

The 'Umbrella' singer will be celebrated at the 2014 Fashion Awards Ceremony for her risque outfits and constantly evolving style.

Steven Kolb, CEO of the CFDA said: ''We are proud to present Rihanna with the CFDA Fashion Icon Award for her impact on the industry as fashion's most exciting ambassador in recent memory.''

As well as modelling designer wear, Rihanna has actively been involved in fashion, designing a range for British clothing chain River Island.

She was also recently at Paris fashion week, where she was spotted at shows by Lanvin, Chanel, Dior, Comme des Garçons, Givenchy and Stella McCartney.

Rihanna, 26, has previously acknowledged the huge role fashion and style have played in helping build her career.

She said: ''It's not all down to my voice. There's people with way more talent than I when it comes to singing. Bigger voices. But people want to know who you are. Fashion is a clear indication, a way to express your attitude, your mood.''

The 2014 CFDA Fashion Awards will take place on Monday, June 2 in New York.