Rihanna backed Jay Z and her LGBT fans in Indiana.

Rihanna has dropped a brand new track, the poetically titled American Oxygen, and in the process, declared her allegiance for Jay Z's new streaming service, Tidal. The track is Rihanna's take on the "American dream," but you've probably guessed this from the title already. 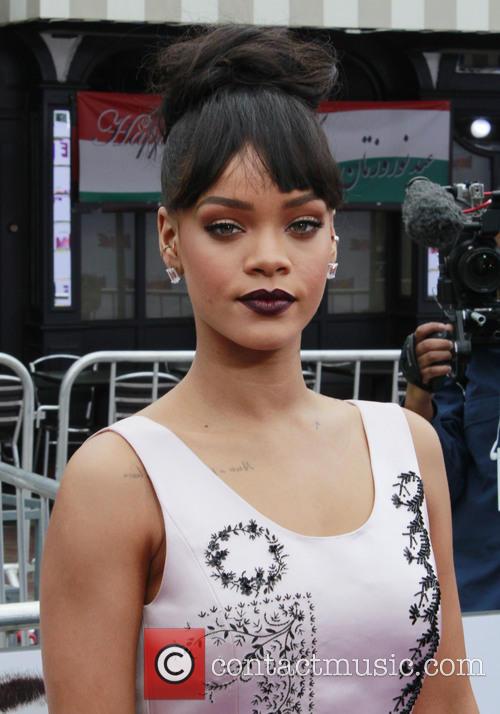 Rihanna has also stepped up in support of Jay Z's new service.

The news here is that Rihanna, just like Beyonce before her and Madonna before that has lent her support for Jay Z's artist-friendly alternative to services like Spotify. On Saturday, Beyoncé also debuted her new track Die With You exclusively on the site. American Oxygen is only available to Tidal subscribers, whose numbers are still disappointingly small. Maybe it's the $10 subscription fee?

RiRi also debuted the track live, during her Indiana show - and she took time out for a more serious topic, too - to unload on Indiana's controversial Religious Freedom Restoration Act. Although the bill was recently amended, she still wanted to express how upset she still was at the rule.

More: Rihanna Accused of Plagiarising Rapper Brittany with "B---H Betta Have My Money"

"Who's feeling these new bulls--t laws that they're trying to pass over here? I say f--k that s--t," she told the crowd as captured in video footage on Facebook. "We're just living our mother--king lives, Indiana."

Good point there, Miss Fenti. Rihanna joins an impressive line-up of celebrities, who have spoken out against the bill, including Andy Cohen, George Takei, Samantha Ronson and Dustin Lance Black. Even Miley Cyrus shared her disapproval by calling Indiana Governor Mike Pence an "asshole."