Rihanna: Single Life Is Pain In The Butt

Rihanna has revealed she is currently single and admits not having a man in her life is a ''pain in the ass''. 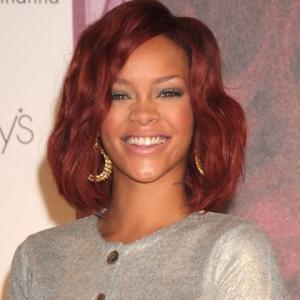 Rihanna says being single is a "pain in the ass" - because she gets lonely.

The 'Only Girl (In The World)' hitmaker was most recently romantically linked to Colin Farrell and previously dated baseball player Matt Kemp last year, but she insists she isn't dating anyone at present and admits it is a drag.

In an interview with the UK edition of Vogue magazine, she said: "I need an escape because this job is way too much anyway. It's a pain in the ass coming Home Alone and after work to lie in a hotel bed with nobody to get you up unless its work related.

"But it makes no sense starting something you are going to stop, so I don't want to rush into anything."

Rihanna is wary of finding the right person to start a relationship with, however, as she doesn't like for things to become boring.

The 23-year-old pop star - who was in a committed relationship with Chris Brown, but dumped him after he assaulted her - added: "I mean it is nice being single in one way, because a relationship can feel like a chore, and that's not good. That's not what I need."

The 'S&M' singer has previously warned any potential suitors she has a kinky side which she likes to explore In The Bedroom.

She said: "I think I'm a bit masochistic. I love feeling like I'm somebody's girl. I love to be tied up and spanked. I like to be whipped."