Deadline reported this week that Rihanna could be about the join the all-female cast of 'Ocean's Eight', a purported spin-off of Steven Soderbergh's 'Ocean's Eleven' trilogy.

Rihanna is set to join a star-studded cast including Anne Hathaway and and Helena Bonham Carter in an all-female spin-off of Ocean’s Eleven, it has been reported.

According to Deadline, comedienne Mindy Kaling and actor/rapper Awkwafina are also on the verge of joining the cast of the comedy crime caper. They’re set to join Sandra Bullock and Cate Blanchett on the project, who have already been confirmed.

The movie is to be known as Ocean’s Eight, according to all previous reports on the movie, meaning that one more actress is still to be cast, with rumours holding that Elizabeth Banks will be joining the cast soon. 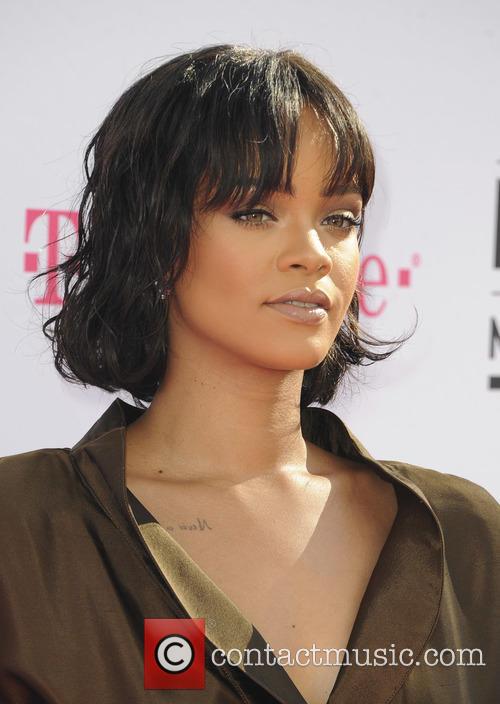 Gary Ross has already been announced as the director, with Steven Soderbergh, the man behind the 2001 reboot of the Rat Pack-starring 1960 original, attached on production. Rumours have also suggested that some of the male stars of Soderbergh’s trilogy – including George Clooney, Matt Damon and Brad Pitt – might make cameo appearances in the new project.

Bonham Carter revealed a few details of the project during an interview with Entertainment Weekly back in June. “It’s a really good script — but I still don’t know if I’m going to be in it. But it’s a great script, and it’s great for women. Just hilarious.”

The same month, director Ross – previously behind the camera for The Hunger Games – told Slashfilm: “I think it’s a pretty similar tone. This is very much an extension and a continuation… I’m in no way trying to reinvent the tone, and I’m thrilled and honoured to be extending it. It’s really fun to work with.”

The news of another popular movie franchise being developed come on the same day as reports that the recent all-female Ghostbusters re-make by Sony will lose a predicted $70 million, meaning that sequels may therefore not be green-lighted in the future – a victory for the trolls, no doubt.

More: Rihanna orders her fans not to play Pokemon Go during her gigs!