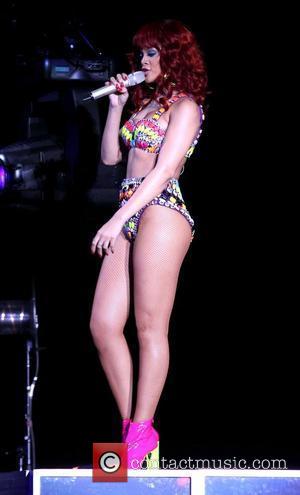 Rihanna has toppled Lady GaGa as the most popular woman on Facebook.com.
The Poker Face hitmaker started the year (11) as the top living person on the social networking website - with only the late Michael Jackson garnering more 'likes' from fans around the world.
Eminem surpassed Gaga's feat in February (11) and, by March (11), he had stolen the crown from the King of Pop too - with more than 30 million votes.
Now Gaga has taken another knock to her ego - Rihanna has replaced her as the most-liked female star on the site, racking up more than 40.5 million 'likes' - a far cry from the 5,000 she had last summer (10).
However, Gaga shouldn't be too upset - she still rules over Twitter.com with over 11.6 million followers.