After Her March Madness Performance, Rihanna Releases Her 'American Oxygen' Exclusively On Tidal

Ri-Ri has followed in the footsteps of Beyonce by releasing her new music exclusively on Jay-Z’s streaming service.

On Saturday night Rihanna debuted her new song ‘American Oxygen’ at the March Madness Music Festival in Indianapolis. But no sooner than fans could scourer the internet for a clip of Ri-Ri performing the track, the full studio version dropped...on Jay Z’s streaming service Tidal. 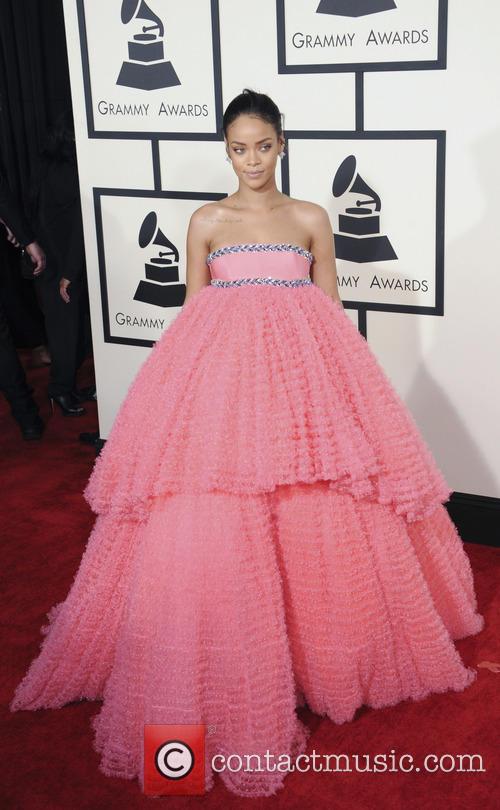 If you’re desperate to hear Rihanna’s new track it might be time to buy a Tidal subscription.

Yes, following Beyonce who, as an anniversary gift to her husband, made her track 'Die With You' available exclusively on Tidal, Rihanna has made sure her latest song will only be heard by Jay-Z’s subscribers.

But Rihanna and Bey aren't the only artists trying to entice fans to Jay-Z's service, Madonna also gave Tidal subscribers an exclusive treat this weekend, when she previewed her latest video 'Ghosttown' on the streaming service. The single's full video is expected to be released next week.

So if you haven't yet jumped on the Tidal bandwagon you might be interested to know that ‘American Oxygen’ is a soulful, uplifting track on which Rhianna sings, “This is the American Dream/ Young girl, hustlin’/ On the other side of the ocean/ You can be anything at all/ In America, America.”

The company claims to pay the highest royalty percentage of any streaming service, with around 75% of member’s subscription fees going to record labels to be paid back to artists and songwriters. While some have praised the model, many have voiced criticisms saying it only serves to help wealthy artists get even richer.