Rihanna can't believe she stayed with Chris Brown even after he assaulted her in February 2009. 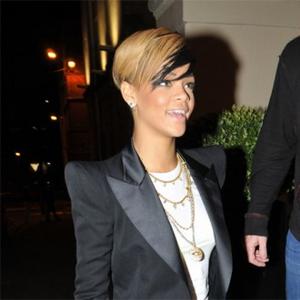 Rihanna is annoyed she didn't realise she was in an abusive relationship.

The singer was assaulted by then-boyfriend Chris Brown in February 2009, and though they split following the attack, they briefly reconciled and now the 'Only Girl (In The World)' hitmaker admits she can't believe she didn't end the relationship sooner.

She said: "It was a situation I always told myself I would never allow myself to be in. It's something I would force girlfriends to get out of. But there I was, sitting in it.

"I witnessed physical abuse happening to my mum and I always said I would never let that happen to me, and then it was happening to me.

"Now, when I look back at it, it just bugs me out that I couldn't see it for what it was."

Despite the shocking attack, Rihanna - who is now dating baseball star Matt Kemp - insists she never wanted people to pity her and hates the fact her personal problems became public knowledge.

She told Britain's GQ magazine: "Before that, I was just a little girl from the island, singing pop music. It was easy to think I was shallow I had everything. It seemed like I had no problems in the world.

"And all of a sudden, boom! Everybody realises I do have problems. I have too much pride. I would rather put on a face. I would never let anyone see me cry. And I'm not like, 'Please cry for me, I've been in a bad relationship.' I hate that you know that and I don't want you to remember me for that.

"That's the defensive part of me. Even if I feel really bad about a situation, I put up that wall so hard that I almost believe myself that I don't care."