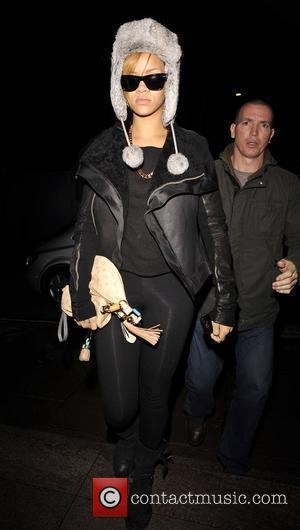 Rihanna has gone to the 'Extreme' to Get The Funk Out on her planned 2010 world tour by inviting guitarist NUNO BETTENCOURT to join her on the road.
The More Than Words hitmaker has signed on to lead the Umbrella singer's band as she hits the world's top stages, and he insists the match is perfect - because he loves Rihanna's music.
He says, "This is my thing, this is my style."
And Bettencourt reveals rehearsals have been amazing: "(They're) even better than what I expected because she also has the most incredible band, and I get the privilege to add to their wall of sound. It's gonna be fun."
But the guitarist admits his partnership with Rihanna doesn't mean the end for the recently reunited Extreme: "This is not the end of Extreme. We have a live DVD and CD coming out in early 2010 and we will be writing new material throughout the year."