Rihanna is planning to add to her fragrance collection by launching an aftershave for men that she can also wear. 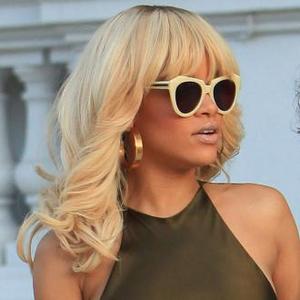 Rihanna is working on a male fragrance - because she wants to wear it.

The 24-year-old star launched her debut perfume, Reb'l Fleur, last year before following it up with Rebelle, and has plans to expand the range further in the coming months.

Asked what she is working on next, she told more! magazine: ''Definitely a fashion line, and I have two fragrances out plus I'm working on a male scent. But it will be unisex, because I love wearing men's fragrances. You know how you love to smell like your boyfriend all day?''

The 'Battleship' star also admitted to feeling insecure about her legs but has learned to embrace her flaws.

She said: ''I'm insecure about my legs. Everyone wants to have slim, tones legs and I'm the same.

''I do weights but I don't want my legs to bulk up, so I do a lot of cardio too.

''I really don't think anyone is 100 per cent body confident. But you get comfortable with the fact that it's your body and it is what it is. You just want what someone else has, but that doesn't mean what you have isn't beautiful. Because other people always want what you have too. You have to just learn to accept your body.''