Rihanna Says She Hasn't Got Time For A Relationship

She also announced a huge world tour in support of brand new album 'Anti' on the 'Ellen Degeneres Show'.

She’s just released her eighth album Anti, after many long months of waiting, so she’s got every right to say she’s busy. However, Rihanna says that not only is she too busy to be in a relationship, she also hasn’t even got time to text!

The 27 year old megastar appeared on the Ellen Degeneres show on Thursday (February 4th) to talk about her new album, and where her personal life is right now.

“I'm single right now. And it's not that I'm like ‘Oh, pro single. Yes, I hate men’. I just think that I just have so much on my plate that I can’t even find the time to entertain a steady relationship or anything serious,” she told Ellen. “Or even a text. Right now it's just crazy.” 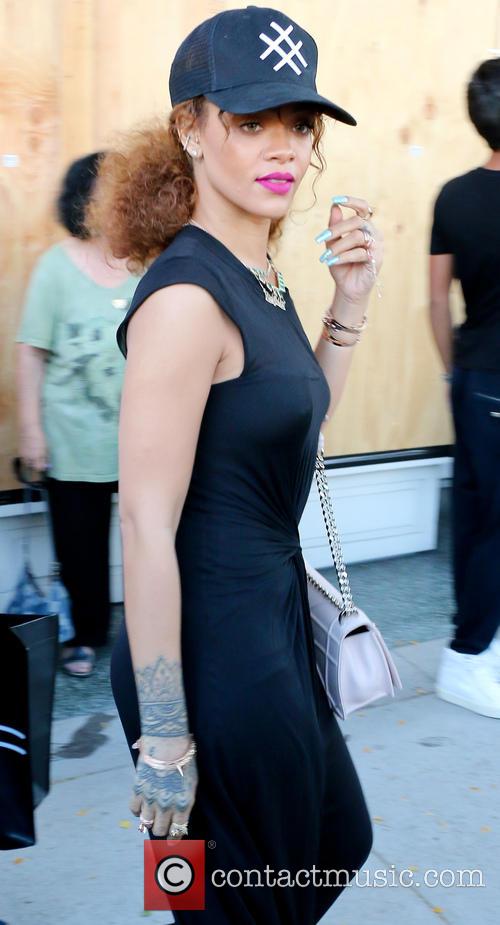 Rihanna says she's too busy for a relationship at the moment

The Barbadian-born singer then revealed that she was soon going to embark on a world tour in support of Anti, which arrived last week nearly four years after her previous effort. When asked by Ellen what she’d been doing all this time, she said amusingly in a deadpan voice “yeah, Ellen. Things change”.

More: Rihanna finally drops ‘Anti’, and it’s not the album everyone was expecting

Trailing the new album by just a few days was the single ‘Work’, featuring Drake and Rihanna pairing up on a song for the third time. When Ellen suggested that the two of them should go on a co-headlining tour together, RiRi seemed enthusiastic: “He totally should, maybe next time! I would love to go on tour with Drake actually. That has to happen.”

Rihanna also got involved in a game of ‘Never Have I Ever’ with DeGeneres and fellow guest George Clooney, 54, on the show. Both of them cheerfully admitted to having been drunk before midday, also persuading Ellen that she must have been as well at some point in her life.

Ellen also got Clooney to admit that he’d swam naked in Lake Como – where his lavish summer home is in northern Italy – something that obviously neither she nor Rihanna had had the chance to do before.

Rihanna will be performing songs from Anti at the Brit Awards and the Grammy Awards in February.