Who Did Rihanna Record A "#Monster Hook" For?

The star has teased her fans with a cryptic tweet about a new release.

Rihanna has set her fans abuzz with excitement after the pop star posted a cryptic tweet before she heads of on her tour of Asia. "Just left the studio... Recorded a #monster hook for one of my favorite artists! And that's all I can give you... #NavyS**t," she wrote, prompting mass speculation regarding which artist she collaborated with during her London stay. 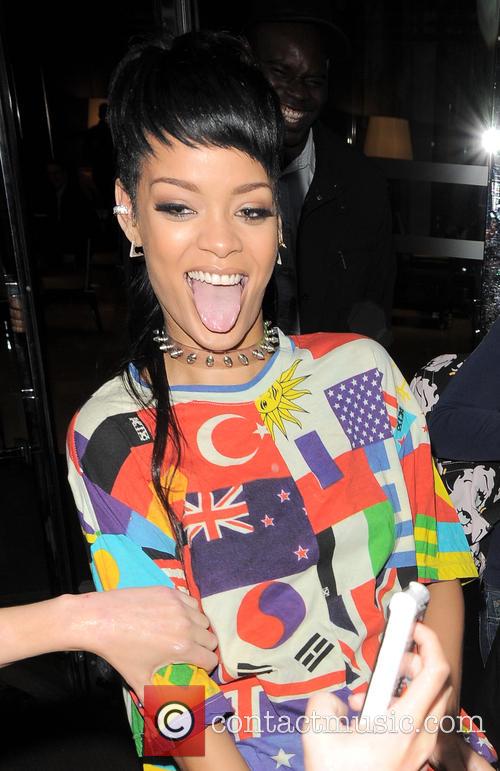 Rihanna Loves To Tease Her Fans.

The artist that springs to mind these days when anyone says "monster" is Lady Gaga: the 'Artpop' star is also known as 'Mother Monster' to her fans who are referred to as 'Little Monsters.' One of her world tours was called the Monster Ball Tour and she spends plenty of time dressed in horror outfits. Could Gaga be Rihanna's secret collaborator? 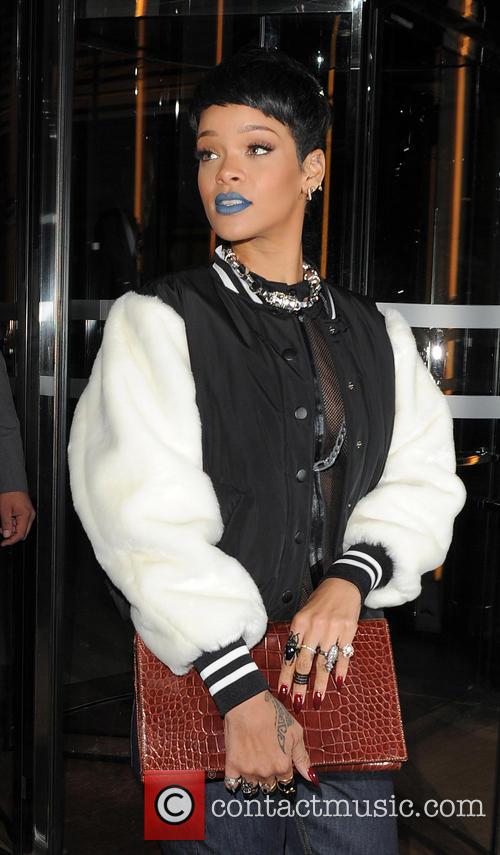 Who's The Big Name Artist She's Teamed Up With?

Kanye West is another name that could be summoned: his song 'Monster' featured on My Beautiful Dark Twisted Fantasy, which also showcased Rihanna on 'All of the Lights.' West and Rihanna have worked together before and are known friends: could they have teamed up again.

Thinking more leftfield, Rihanna was in London which means she may have met up with a specifically British artist. The Automatic made their name in 2006 with their shouty song 'Monster' but Rihanna did drop the word "favourite" which isn't really a word associated with the disbanded Cardiff crew these days. 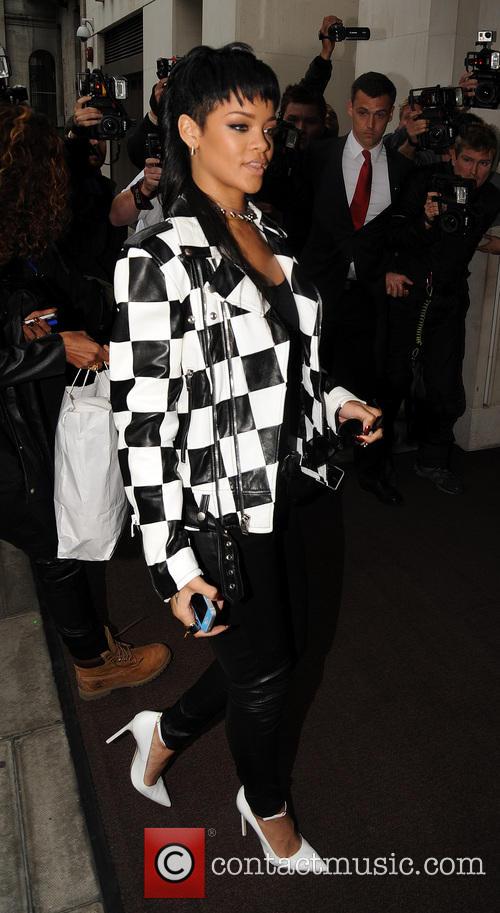 Is "Monster" A Clue?

Is Rihanna involved in a hip-hop cover of 'Monster Mash'? Has she clubbed together with 'Scary Monsters' singer David Bowie whilst in London? As our guesses get wilder, we get more wound up so we're going to stop here.

Just left the studio... Recorded a #monster hook for one of my favorite artists! And that's all I can give you... #NavyShit

Rihanna has been on a month's break from her Diamonds tour to promote her River Island clothing line and her new perfume, Rogue. She has also recently released a new song, 'What Now,' where we hear the Barbadian singer ditch her trademark drawl in favour of a slow ballad that showcases her true vocal power.

She added to her tweets "Also wrote a treatment for #WhatNow video, so yea we gonna be shooting dat supa dupa soon!! #NavyS**t," meaning there's plenty for RiRi fans to be excited about right now.