Rihanna Lined Up To Play Whitney Houston In Biopic 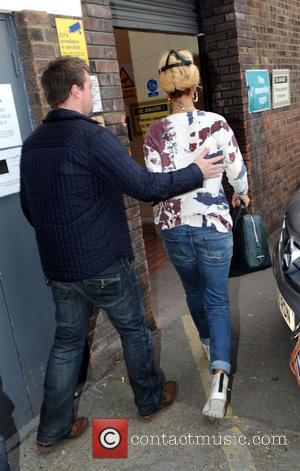 Rihanna is reportedly being lined-up to play Whitney Houston in a new Hollywood biopic of the late singer. Though some fans have criticized the decision to go ahead with a movie so soon after Whitney's death, her former mentor Clive Davis is reportedly helming the project so as to make sure the film celebrates the life of Houston, rather than cashing in on her demise.
According to the UK's Daily Mail, Rihanna and Jennifer Hudson are top on movie bosses' list of names for the lead role, with Kill Bill actress Vivica Fox and American Idol singer Jordin Sparks also thought to be in with a chance. As the movie is likely to span several decades of the singer's life, Will Smith's daughter Willow Smith could be cast as Whitney during her childhood. A report in the UK's People newspaper suggests Houston knew about plans for a biopic before her death, with a source commenting, "Whitney knew about the project and was excited to see where it would lead. It's hoped the biopic will be as successful as the Tina Turner movie What's Love Got To Do With It, which landed two Oscar nominations for Angela Bassett and Laurence Fishburne who played Tina and Ike Turner".
Rihanna has established herself as one of the biggest R&B acts in the world, though her talent for acting is generally unknown. She recently hit the headlines after teaming up with her violent ex-boyfriend Chris Brown for a remix of her track 'Birthday Cake'.