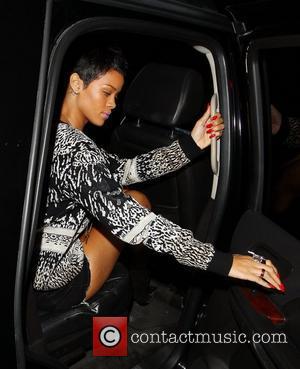 Rihanna has received 6 nominations for the MTV Europe Music Awards; more than any other act, reports The Telegraph. Muse, Coldplay and One Direction also pick up nominations. The 24-year Barbadian star has been shortlisted for the awards for best song, best video, best female, best pop, biggest fans, and best look. Both ‘best song’ and ‘best video’ were for the same song, ‘We Found Love’ and ‘best look’ is a brand new category. She is up against Taylor Swift in the female, pop and look sections, whilst Swift was also nominated for best live and best world stage act. Other acts to be recognised, or at least they hope so, are Lana Del Rey, Nicki Minaj, Jay Z and Kanye West, all of which garnered three nominations each. Lady GaGa dominated last year's awards - held in Belfast - coming away with four awards and performing ‘Marry the Night’. This year she is also nominated for three categories. Given the name of the awards, one would be forgiven for thinking that European acts are the most prominent, but it’s the Americans that continue to dominate year after year, and despite being held in Germany this year, that trend is set to continue. Great Britain represents the biggest European contingent with Muse Coldplay, Rita Ora, One Direction, Florence and the Machine, and M.I.A all hopeful to take home an award come November 11, 2012.