Rihanna, Kanye And Macca Rumoured To Perform Together At Grammys

The trio will reportedly perform new single 'FourFiveSeconds' live at the 57th Grammy Awards next weekend.

The 57th Grammy Awards is due to feature a number of high profile collaborations, but the biggest announcement may be still to come. Rumour has it that Rihanna, Kanye West and Sir Paul McCartney will be performing a live rendition of RiRi’s new single ‘FourFiveSeconds’.

The unlikely trio will reportedly take to the stage at the ceremony in Los Angeles next weekend. A source has told ‘The Sun’ newspaper: “Rihanna's seriously pleased to have bagged a big slot at The Grammys and two huge names to kick off her comeback. Paul McCartney's a Grammys regular and it will give Rihanna serious kudos to have a Beatle backing her on stage. It is going to be a huge Grammys moment.” 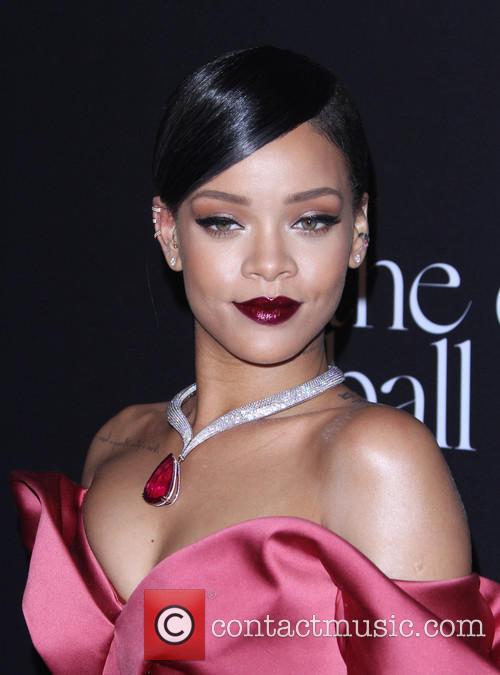 ‘FourFiveSeconds’ emerged at the end of last week, being heavily rotated on stations owned by iHeartRadio and making the US Billboard Top 100 after only two days on release. The single is due to be the first taken from the Barbadian singer’s eighth album, due to land later in 2015.

Among the confirmed collaborations on the night will be Maroon 5’s Adam Levine singing with Gwen Stefani, Lady GaGa and Tony Bennett performing a song from their recent duets album Cheek To Cheek, Annie Lennox with rising star Hozier and singing legend Tom Jones with Jessie J.

The nominations for the Grammys were announced at the start of December, which saw Pharrell, Beyonce and Sam Smith lead the pack with six nominations each. The three stars will go head-to-head with Ed Sheeran and Beck for the evening’s big prize ‘Album of the Year’.

Those three will also perform on the night, along with AC/DC, Ariana Grande, John Legend and Usher. The ceremony is held at the Staples Center in Los Angeles on February 8th, and will be broadcast live on CBS.