Rihanna will be a key advisor on the new series of 'The Voice', NBC president Robert Greenblatt has announced. 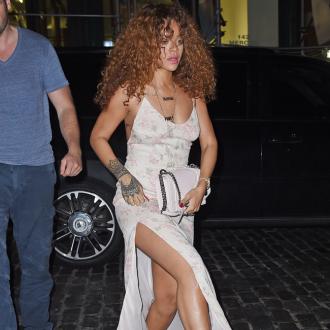 Rihanna will be a key advisor on the new series of 'The Voice'.

The 'Diamonds' hitmaker will be on hand to offer help and support to the aspiring singers on the forthcoming ninth season of the NBC programme.

Network president Robert Greenblatt said at the TCA Press Tour in Beverly Hill: ''We landed Rihanna to be the key advisor to all the coaches this fall.

''This is one of music's true supervisors coming on board to influence the lives and careers of the performers.''

In her role as key advisor, the 'Stay' singer will mentor contestants from all four teams - which are led by coaches Adam Levine, Blake Shelton, Gwen Stefani and Pharrell Williams - during the knockout rounds of the competition.

Rihanna is following in the footsteps of 'Shake It Off' hitmaker Taylor Swift, Fun. frontman Nate Ruess and Coldplay singer Chris Martin, who have all been key advisors on the show over the last three seasons.

It was previously announced that Brad Paisley will be an advisor for Blake's team, while John Fogerty will be on hand to help Adam's contestants.

'The Voice' - which is hosted by Carson Daly - returns to US TV screens on September 21.