Rihanna is loving her 'stress-free romance' with Hassan Jameel

'Work' hitmaker Rihanna has found her relationship with Hassan Jameel to be totally different to her romance with Chris Brown, according to an insider. 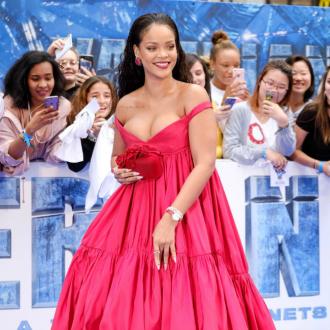 Rihanna's relationship with Hassan Jameel is totally different to her romance with Chris Brown.

The Bajan beauty endured a turbulent, on/off relationship with Chris, but is now reportedly relishing the stress-free experience of dating the Saudi billionaire.

An insider said: ''Hassan is a very private person, especially when it comes to his love life.

''He doesn't want to bring any shame to his family name by having his every move splashed all over the tabloids, and being the subject of any public dramas.

''Hassan's fortune provides him the luxury of living a rock star life - dating beautiful women, jetting around the world, limos, staying in the very best hotels.

''But it also allows him to pay for a huge security detail, which he uses to maintain his privacy.''

Hassan is able to protect Rihanna, 29, in a way that Chris was never able to.

The insider told HollywoodLife.com: ''Rihanna is totally cool with keeping things out of the spotlight.

''After the nightmare she went through with Chris she really doesn't want to have another splashy public romance - and she loves the fact that Hassan doesn't want to be in the spotlight, or be famous, there's no competition between them, he allows her to be the star and to shine.''

The singer's new relationship is said to be more ''grown up'' than any she's previously experienced.

Rihanna loves that Hassan has given her the freedom she's always wanted, too.

The source said: ''Hassan's very different from the other guys Rihanna's dated, and they have a really 'grown up' relationship, with no petty games or drama.

''Hassan allows Rihanna all the freedom she desires, but also provides her with the stability of being in a relationship, it really is the best of both worlds, and Rihanna's loving it.''