A week after the single’s surprise release, Rihanna has teased the video for ‘FourFiveSeconds’.

We’ve had a week to listen to 'FourFiveSeconds', Rihanna’s collaboration with Kanye West and Paul McCartney but now the singer has previewed the single’s forthcoming video with a denim-tastic behind the scenes look. 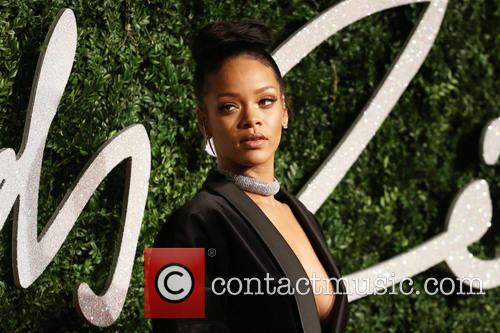 Rihanna has collaborated with Kanye West and Paul McCartney on 'FourFiveSeconds'.

In the video Rihanna explains that 'FourFiveSeconds' is the first song that her fans are going to hear from her new album and that this video will be their first visual.

With slicked back hair and dressed in denim, Rihanna explained the video’s styling saying, "Kanye came up with the idea of just doing some real street, denim, all-American-type look.”

The singer was dressed in an oversized vintage Sean John shirt, while West and McCartney were also rocking the denim look. "Denim never goes out of style: It's classic, it's iconic - just like The f**king Beatles!" Rihanna added.

Take a look behind the scenes on the 'FourFiveSeconds' video shoot:

The trio are shown mostly standing in front of a white background while Rihanna sings and McCartney plays guitar. The video has been directed by fashion photography team of Inez van Lamsweerde and Vinoodh Matadin, who recently worked on Björk's Vulnicura album.

Since its surprise release last Saturday 'FourFiveSeconds' has already been downloaded 53,000 times and entered the Billboard Hot 100 chart at number 54.

More: Rihanna, Kanye And Macca Rumoured To Perform Together At Grammys

“Paul McCartney's a Grammys regular and it will give Rihanna serious kudos to have a Beatle backing her on stage. It is going to be a huge Grammys moment,” the source added.