Rihanna Gets Political In New Video With Ferguson Footage 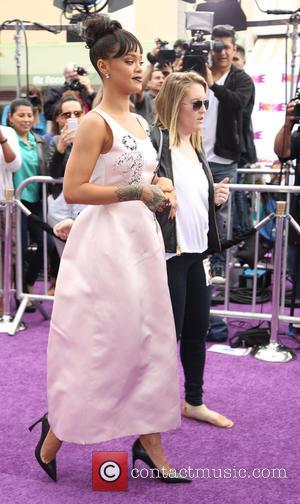 Picture: Rihanna - Shots of a host of stars as they arrived and took to the red carpet for a Special screening of 'Mad Men' which...

Thousands of activists took to the streets of the town when a grand jury failed to indict a white police officer who shot and killed an unarmed black youth during a shoplifting investigation, and violence erupted when an angry mob clashed with police.

Now, Rihanna has reminded fans of the troubled times in America with a politically-charged new promo, which was released on her mentor Jay Z's new streaming site, Tidal, on Thursday (16Apr15).

The video also features footage of the 9/11 terrorist attacks and other civil rights-related demonstrations and events.

The images fit the theme of the song - last week (ends10Apr15) co-writer Sam Harris told Billboard.com, "There's a lot of turmoil going on in this country right now... This country is great and has the potential to be something really, really incredible, but there are a lot of problems that we don't acknowledge and it's important to shed light on both those things."