Rihanna Free To Be Raunchy At New Year Gig 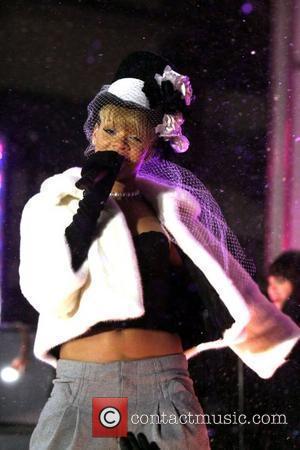 Organisers behind Rihanna's upcoming New Year's Eve gig (31Dec09) in the United Arab Emirates have dismissed reports they've ordered the singer to tone down her act.
Tabloid reports suggest the Umbrella singer is set to cover up for her concert at the Emirates Palace Hotel in Abu Dhabi to avoid offending any conservative fans.
But bosses at events company Flash, the firm organising the gig, insist the rumours are "totally inaccurate".
A spokesperson says, "The facts recently reported around Rihanna's Abu Dhabi concert are totally inaccurate. Rihanna is bringing an incredible new stage show to the capital and there's no doubt the event will be fantastic; an ideal way to celebrate the beginning of a new decade."