The Barbadian beauty looks so stunning that even her ex can't help but notice.

She has been attacked by fat-shamers in recent months, but Rihanna proved she's just as gorgeous as she ever was in a new sensational bikini shot that even has her ex-boyfriend Chris Brown eyeball popping - though her fans are not happy about his wordless opinions. 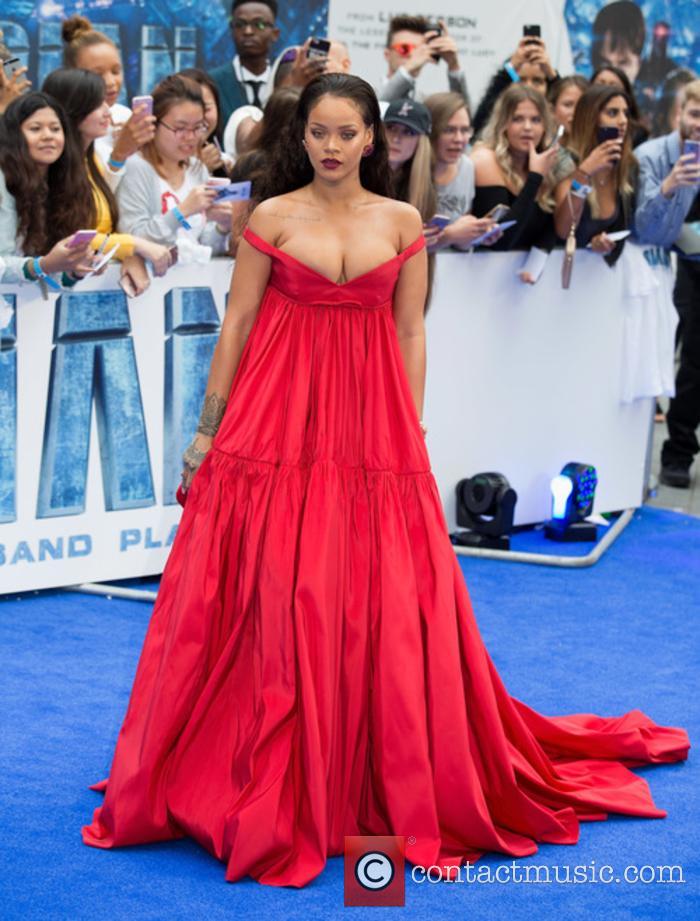 The 29-year-old singer posted a shot of herself in a glittering jewelled bikini, blue hair and a colourful feathered back-piece on Instagram in honour of her home nation Barbados' popular annual carnival, the Crop Over Festival, for which bikinis are essential.

Rihanna tagged the Crop Over band Aura in the shot, as well as the photographer Dennis Leupold, but it was ex-beau Chris Brown's comment that has the internet riled up. With just a couple of wide-eye emojis, he's managed to upset a whole host of RiRi fans everywhere.

One fan responded with 'Please keep your negative energy away from Rihanna', with another writing: '[Drake] you just gonna let Breezy comment on your girl's pic like it's all good?'

It's easy to see why fans wouldn't be happy about Chris contacting his former flame. Their on-off relationship has been the source of much controversy since 2009 when Chris was arrested for beating Rihanna senseless and leaving her with shocking injuries to the face. A restraining order was enforced, but by 2013 it was reported that the couple had rekindled their romance - though the reunion only last a couple of months.

Still, Rihanna has always been a lot more publicly forgiving towards her abuser than her fans, but more recently she's confessed to not really having any sort of relationship with him anymore.

'You realize after a while that in that situation you're the enemy. You want the best for them, but if you remind them of their failures, or if you remind them of bad moments in their life, or even if you say I'm willing to put up with something, they think less of you because they know you don't deserve what they're going to give', Rihanna told Vanity Fair in 2015. 'I don't hate him. I will care about him until the day I die. We're not friends, but it's not like we're enemies. We don't have much of a relationship now.'