Rihanna decided to give things another go with Chris Brown, despite him being on probation for assaulting her in 2009, because he's the only person who makes her happy. 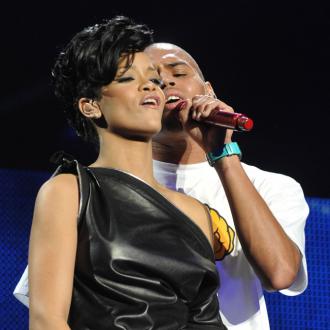 Rihanna got back with Chris Brown because she wanted to be happy.

The 'S&M' singer split from the 'Beautiful People' hitmaker in 2009 after he beat her up and, despite him still being on probation for the brutal assault, Rihanna decided to give things another go with him.

Although she knew people wouldn't approve of her decision, the sexy star insists Chris always makes her smile.

She said: ''I wanted him to know what it felt like to lose me. To feel the consequences of that. So when that (stuff) came back it hit me like a ton of bricks. Like, God, you've got to be kidding right now. But I got real with myself, and I just couldn't bury the way I felt.

''I decided it was more important for me to be happy, and I wasn't going to let anybody's opinion get in the way of that. Even if it's a mistake, it's my mistake. After being tormented for so many years, being angry and dark, I'd rather just live my truth and take the backlash. I can handle it.''

The 24-year-old beauty insists she and Chris are stronger than ever because they now know what's important to them.

In a revealing interview with Rolling Stone magazine: ''When you add up the pieces from the outside, it's not the cutest puzzle in the world. You see us walking somewhere, driving somewhere, in the studio, in the club, and you think you know. But it's different now. We don't have those types of arguments anymore. We talk about (stuff). We value each other. We know exactly what we have now, and we don't want to lose that.

''Of course everybody has their opinion about him, because of what he's done. That will always be there. But he made a mistake, and he's paid his dues. He's paid so much. And I know that's not a place he would ever want to go back to. And sometimes people need support and encouragement, instead of ridicule and criticism and bashing.''