Rihanna has reportedly splashed out on a beachside home in Barbados for her little brother Rorrey. 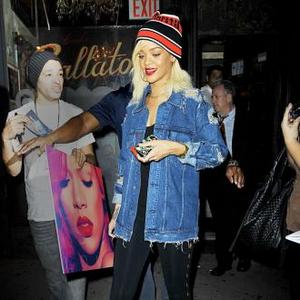 Rihanna has reportedly bought her brother a luxury home in Barbados.

The 24-year-old 'We Found Love' singer is said to have purchased a beachside house in her native country for Rorrey, 22, and given him an unspecified amount of cash to help launch his rap career.

A source said: ''Rihanna's close to her brother, and she'll do anything to help him out.

''They hang out a lot and are the best of friends. She wants to make sure he can develop his talent without any money worries.''

Rorrey - who goes by the name GQ - released his first single 'Feel Me' last year, and his big sister is apparently eager to help increase his chances of success.

The insider told the Daily Star newspaper: ''She loves Rorrey to bits. She wanted to set him up with his own home with a sum of money in the bank. She just did it as a surprise when he was least expecting it.''

Her generosity is said to have come as no surprise to those living in her home town - where she is known to have donated money to her local church and her Old School.

The source added: ''Rihanna's not someone who squirrels her money away. She knows how to enjoy her life and loves sharing her money.''