The singer posed with a slow loris as she vacationed in the Asian country, which alerted Thai officials to two illegal animal pedlars

Rihanna was an unwitting accomplice in a Thai police sting to arrest two natives who were illegally peddling protected animals at the popular tourist location of Phuket. Leaving an incriminating trail of tweets and Instagram photos, the singer alerted authorities about the illegal dealings when she posed with some local wildlife.

Taking a break from her Diamonds World Tour, the Bajan beauty was sunning herself on the island resort and decided to familiarise herself with some of the local wildlife. Posting a picture of herself snuggling up with an endangered slow loris, the Instagram picture was picked up by Thai officials who were able to use it to locate two of the people involved in an illegal animal peddling operation. The bug-eyed primate is native to Southern Asia and is currently listed on the protected species list, meaning that private ownership of the animal is against the law. With the help of her Friday (20 Sept.) tweet, the singer was able to help officials locate and arrest a couple who had the animals in captivity. 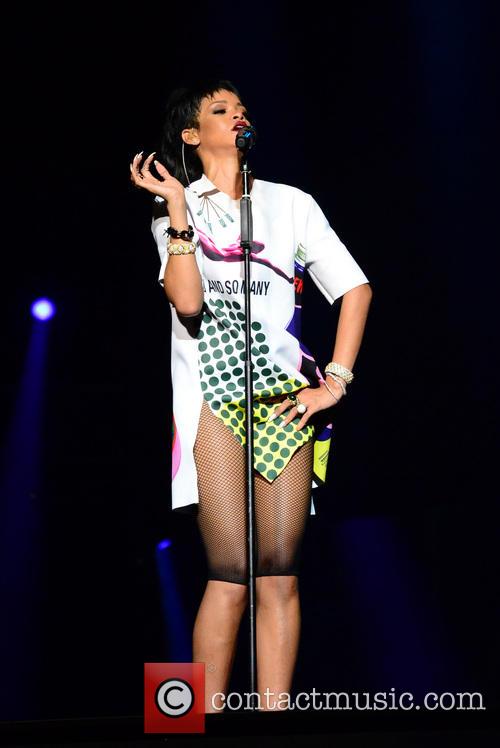 “Phuket authorities were alerted to the picture (of Rihanna), and last night police arrested the two individuals who brought out the loris as a photo opportunity for tourists,” Phuket district chief Weera Kerdsirimongkon told the Washington Post on Sunday, 22 September. Weera went on to say that police confiscated two lorises from a 20-year-old man and his 16-year-old male accomplice. The pair could now face charges of possession of protected animals, which carries a 40,000 baht ($1,300) fine and a prison sentence of up to 4 years. Weera went on to say that Thai officials have long been engaged in a campaign to end illegal animal peddling in the country, in what was described as "a cat-and-mouse game" between police and criminals.

Since she began her South Eastern vacation, Rihanna has been regularly updating her Instagram and Twitter feeds with saucy snaps of herself sunning in a bikini and even went into explicit detail to describe a sex show she went to see at one of Phuket's red light districts. She flew to Singapore over the weekend to continue her tour, and will head to Australia and New Zealand after.