Whether it was posing with an imprisoned slow loris or describing one of the street-side sex shows, Phuket doesn't seem as glamorous as it once did

Rihanna's Instagram picture of herself posing with a slow loris, a snap which inadvertently led to two arrests for illegal animal pedalling, was the main story to be taken away from her recent vacation in the Thai resort of Phuket, but behind that arrest was something more disturbing than abused, endangered animals. 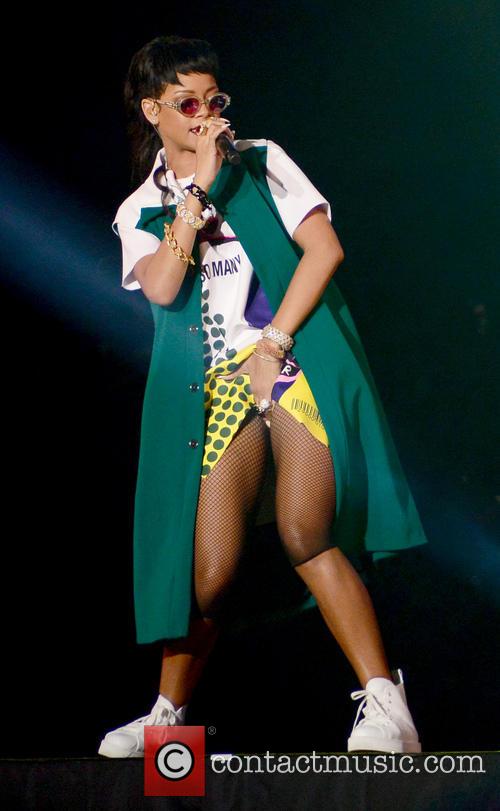 The singer performed in Singapore after her Thailand visit

Her tweets and Instagram uploads have painted a rather unglamorous image of the island resort, one that was once synonymous with natural beauty and for being at worse a PG-version of Bangkok's notorious red light districts. The Bajan beauty probably didn't mean to highlight the darker side of Phuket with her social media updates, she was more concerned about showing off pictures of herself having fun in the sun and generally looking like the über-babe we all know she is. The fact that she's deleted her incriminating loris Instagram picture does seem to imply that her intentions were never to get someone in trouble, but it is this photo that begins to scratch the surface of the troubles blighting the once pristine beaches of Phuket. And thanks to the internet, that image will never be truly gone anyway. You can see it here if you like.

But illegally fostered endangered animals aren't the only things blighting the Thai tourism board, as the one-time hard-found explorer's retreat has been slowly descending into a cheap, nightmarish tourist trap, and it seems to be getting worse. When Rihanna tweeted about a sex performer pull various objects from you know what, before trying "to turn water into coke in her" you know where, it exemplified the lowering standards of the Phuket nightlife. What happened to getting a nice picture with a lady boy, whilst all the 'other' stuff was hidden out of sign. As soon as things start to spill out on to the streets, thats when things get really bad, and Phuket stops becoming known as an island paradise, and begins to be known as a larger version of Bangkok's notorious Patpong Road.

Either I was phuck wasted lastnight, or I saw a Thai woman pull a live bird,2 turtles,razors,shoot darts and ping pong, all out of her pu$$y

What's really sad about this is that in spite of the arrest made thanks to the Instagram picture, it is doubtful that anything else will be done to address the continuing problem that is Phuket's descent into chaos. Were the other slow loris touts who so regulalrly stalk the streets put away? Probably not. The two arrests really mean nothing in the grand scheme of things, and with a high-profile case to pat themselves on the back with, coupled with all that bribe money thrust their way, the Thai officials probably won't be following up with any further arrests.

Rihanna fell into a tourist trap, and there are plenty of other things to do in Phuket's picturesque surroundings, but as one big star falls in to the tourist trap of Soi Bangla, she is more than likely going to lead others into the same trap, who are more than likely going to follow her footsteps and pose with a drugged and abused ball of fur no longer resembling an actual animal. Rihanna was by no means making any kind of statement, she was just out for a good time, but with this uncontrolled hedonism getting more out of hand in the Thai resort she could have at least tried to promote the scenic areas over the sex districts. Or maybe we're just being prudes....

The singer does love to party.