Has Rihanna Delayed Her Album Release Because Of Adele?

Rihanna hasn’t released an album for three years and rumours are beginning to circulate that the reason it won’t hit shelves this year is Adele and her own surprise third album. The Bajan star was due to release her eighth album in 2014 but instead extended the promotion of her seventh album. 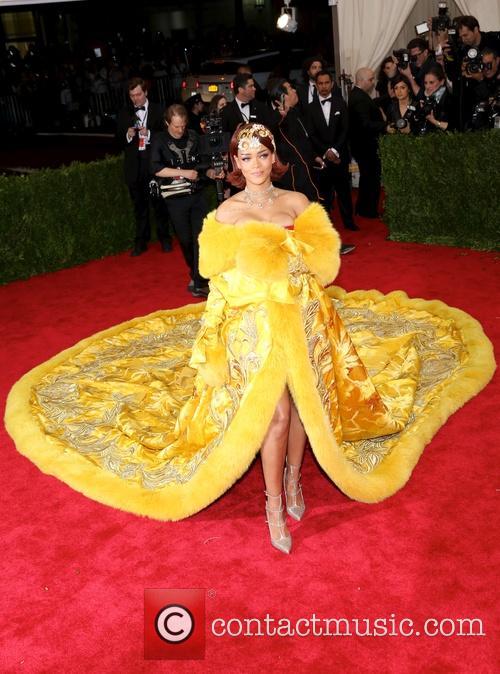 Now the Daily Star has reported that the album was due to be released this year but could be pushed back to 2016 with reports suggesting that "once Adele was added to the schedule, the scramble to find a new date began".

A source has revealed that Rihanna’s latest project - already with an album cover and a name: ANTI - was scattered into disarray with the return of Adele.

The source said: "According to members of her team, one of the major stumbling block to Samsung’s planned giveaway of Rihanna’s forthcoming album - as part of the highly publicised $25m deal with the tech giant - is how to make it count on the charts.

"The back-and-forth between Roc Nation (which is both her label and her management) and [Billboard] over how to execute the promotion has reportedly been fierce, to say the least.

MORE: Rihanna Hints At Beauty Range In Near Future

The singer is believed to have worked with DJ Mustard, Kuk Harell, Chase & Status and Calvin Harris on her new music but the album still seems to be lacking one major thing: a release date.