Fashionable Even In Casual Attire: Rihanna Braves The Cold In London 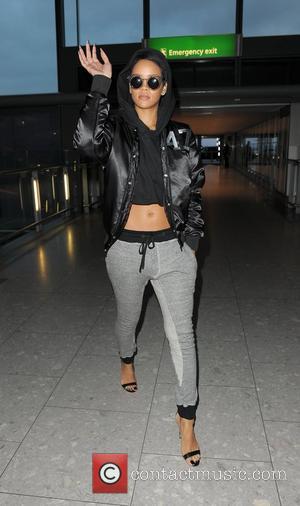 Picture: Rihanna arriving at Heathrow Airport to catch a flight During the journey from her hotel to the airport, she decided to put on a winter...

Rihanna has been braving London’s cold snap in skimpy denim shorts. Is there anything Rihanna can’t pull off? Even when heading back to airports and returning to hotels, the Barbadian star looks effortlessly cool. The Rihanna Twitter page also got a surprise update.

The star had - according to The Sun - spent the day posing for Mario Testino in Kentish Town, when she was snapped in her miniature shorts, which she donned despite the cold weather, leopard-print boots and a long jacket. She was also in possession of a suitably fashionable book by acclaimed photographer Mario Testino. And her contemporary-clad exploits don’t stop there; up early for her flight back to the US this morning, she was seen in tracksuit bottoms and heels, a black bomber jacket and her trademark round sunglasses, even though it was still dark. Before putting all that on, though, Rihanna surprised Twitter with a seemingly topless pic, with her looking extremely tired. “I just wanna send blessings to everyone who was a part of making this day a special one for me! I won't ever forget this day, so thanks to u,” she’d posted the night before.

Her Twitter profile has been in the news recently, given her surprising support of Chris Brown and his drug controversy. He was, of course, sentenced for violent conduct against her, but three years on, the 24-year-old has clearly put that behind her, tweeting: “@chrisbrown I’m praying for you and wishing u the best today” when he found himself in court for failing a drug test.